How Does The Apple Watch Monitor Blood Pressure?

The Apple Watch on its own is not capable of measuring blood pressure.

This is because you need to, essentially, restrict veins in order to get an accurate measurement, the watch isn’t the right tool on its own.

However, rumour has it that Apple currently has a patent out for sensory technology to allow you to monitor blood pressure with nothing but your watch, so stay tuned! 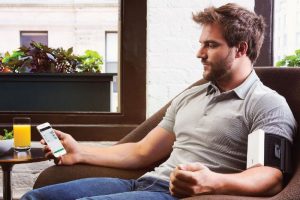 Before you can begin to accurately monitor your own blood pressure you will need to purchase the cuff and download the app.

We will walk you through the entire process with easy step by step instructions. 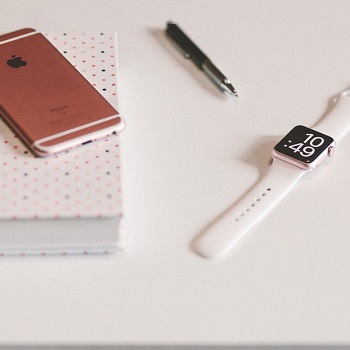 2: Download and install the matching QardioArm app to your iPhone.

3: Make sure your Bluetooth is turned on and pair the device with your app. Assure the pairing has worked by opening your app on the Apple Watch.

A green START icon means you’re good to go, where a Gray one means you must try again.

Now you’re ready to take your blood pressure. Here are the steps to do so:

Step 1: Open the QardioArm app on your Apple Watch.

Step 2: Unroll the cardio cuff. Pull the tag. Now put your arm through the cuff’s opening and secure the cuff around your arm.

Step 3: Tap the green START button to take your measurement!

One the measurement has been taken it will show up on the screen of your Apple Watch. Along with it will be a color code identifying which category your results belong. The categories are defined by hypertension guidelines

Using your iPhone app, you will be able to gain better knowledge of your category and track your results. You can also track your history right on your Apple Watch QardioArm app!

This video shows you the exact same steps above, but with an iphone rather an Apple watch

The History of Apple Watch

Steve Jobs is a household name, so it comes with little surprise that Tim Cook has massive shoes to fill when it comes to being Chief Executive at Apple — the legacy company Jobs spent his life nurturing.

Regardless of what pressures he may have faced, Cook was one who had the pleasure of announcing Apple’s next big move, headfirst into the watch world.

But don’t be fooled, the unveiling of the Apple Watch in September of 2014 was years (and years) in the making.

Among some of the things Apple did to develop the Apple Watch we know today included:

From the very first hint of watch development interest in 2002, to the launch in the spring of 2015, Apple spent over a decade piecing together the technology and design behind today’s Apple Watch.

When Cook first announced the launch of the Apple Watch the world was eager to give their opinions.

QuickSurvey polled consumers within the first few hours after the reveal.

32% consumers reported interest in purchasing an Apple Watch, and watch size was noted as the most desirable feature. 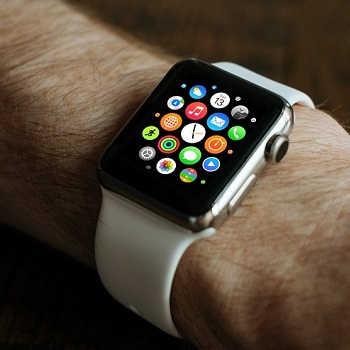 Today, there are 3 series of Apple Watch on the market. Here are some of the differences:

As can be expected, display, and power capabilities increase with each series although battery life is a standard 18 hours maximum across all series. Apple watches come in a selection of design options and they all feature a heart rate sensor, gyroscope, and an ambient light sensor.

Ofcourse, all Apple Watches have the ability to run your favorite apps and today we will focus on a healthy feature of the Apple Watch when paired with a third party app! 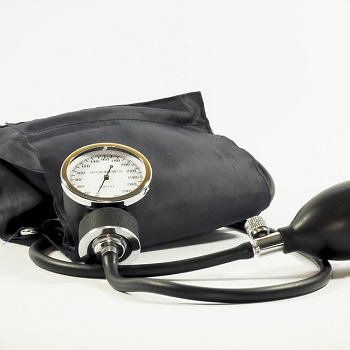 Blood pressure is one of our body’s vital signs.

Maintaining healthy blood pressure is necessary for avoiding diseases that coincide with both low and high extended blood pressure.

These diseases include heart disease, stroke, kidney failure, and more.

Knowing if your blood pressure is healthy is keeping it monitored regularly and understanding the numbers.

Systolic is the amount of blood pumping through your vein during the length of a single heartbeat.

Diastolic is the amount pumping in between two heart beats. 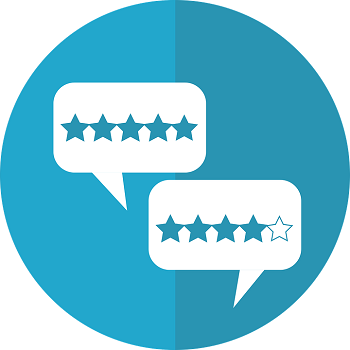 56% of QardioArm Amazon customers have given this product a 5 star review.

One reviewer is a physician himself, and claims to have had a record of average BP readings with the occasional high one he chalked up to “white coat syndrome”.

He didn’t trust devices similar to this one but decided to give it a try after receiving one of these higher measurements.

Sure enough, within weeks of using Qardio, he noticed a pattern.

Those high numbers weren’t as sporadic as he thought and now he has the data to bring to his acting MD.

“As a physician, I believe people need to take control of their health and outcomes and this product being so easy to use, portable and most importantly accurate is a product I would recommend to all.” —H.B. (Amazon)

With any product there comes negative reviews as well, and that goes for the 19% of consumers that rated QardioArm a 1 star product.

Largely, the issues are pairing based or the unit taking inaccurate measurements.

Impressively, the people at Qardio are quick to respond to issues in efforts to support their consumers, which is always positive to see in a company.

Overall, monitoring your blood pressure on a regular basis using your Apple Watch and QardioArm setup is a fantastic way to spot hypotension and hypertension issues early on.

While doctor visits are necessary, you must be your own advocate and this combination of products is a great way to do just that.

Let us know in the comments if you like your Apple Watch, and whether you monitor your blood pressure with QardioArm.