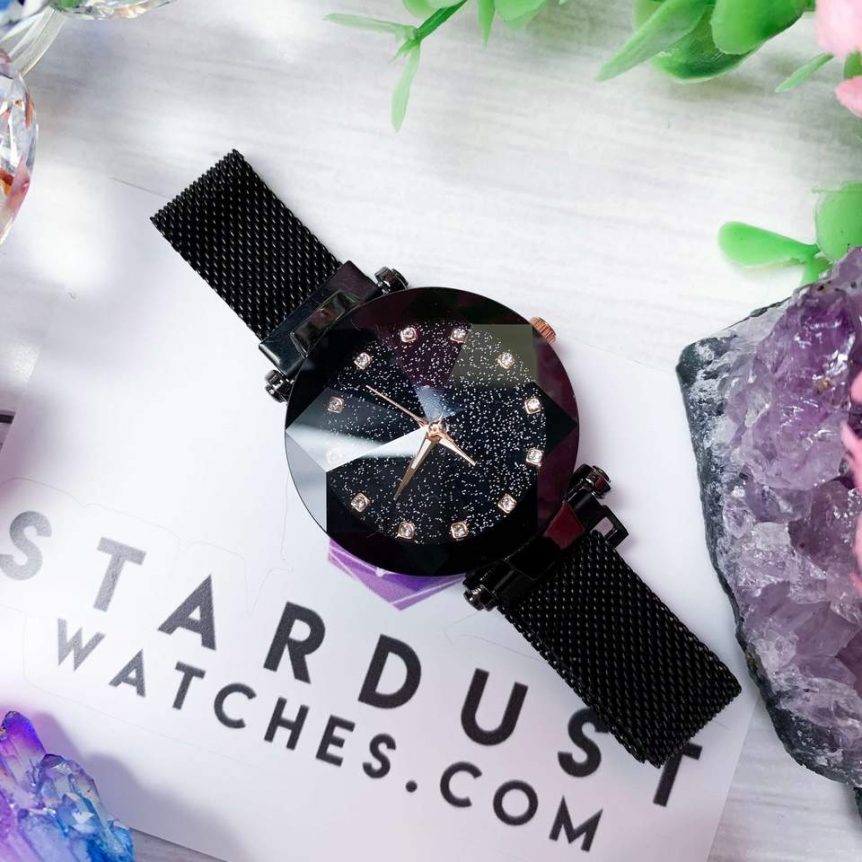 What exactly are Stardust watches?

Are they worth the money?

There are so many questions about this newcomer to the watch world, which seemingly came out of nowhere only 3 years ago.

Stardust Watches began as the product of a startup company in Australia a few years ago.

Since then, they have become a popular fashion accessory to review, surely helped along in no small part by the fact that most watches in their line tend to run between $18 and $30.

This article is a complete review of Stardust watches 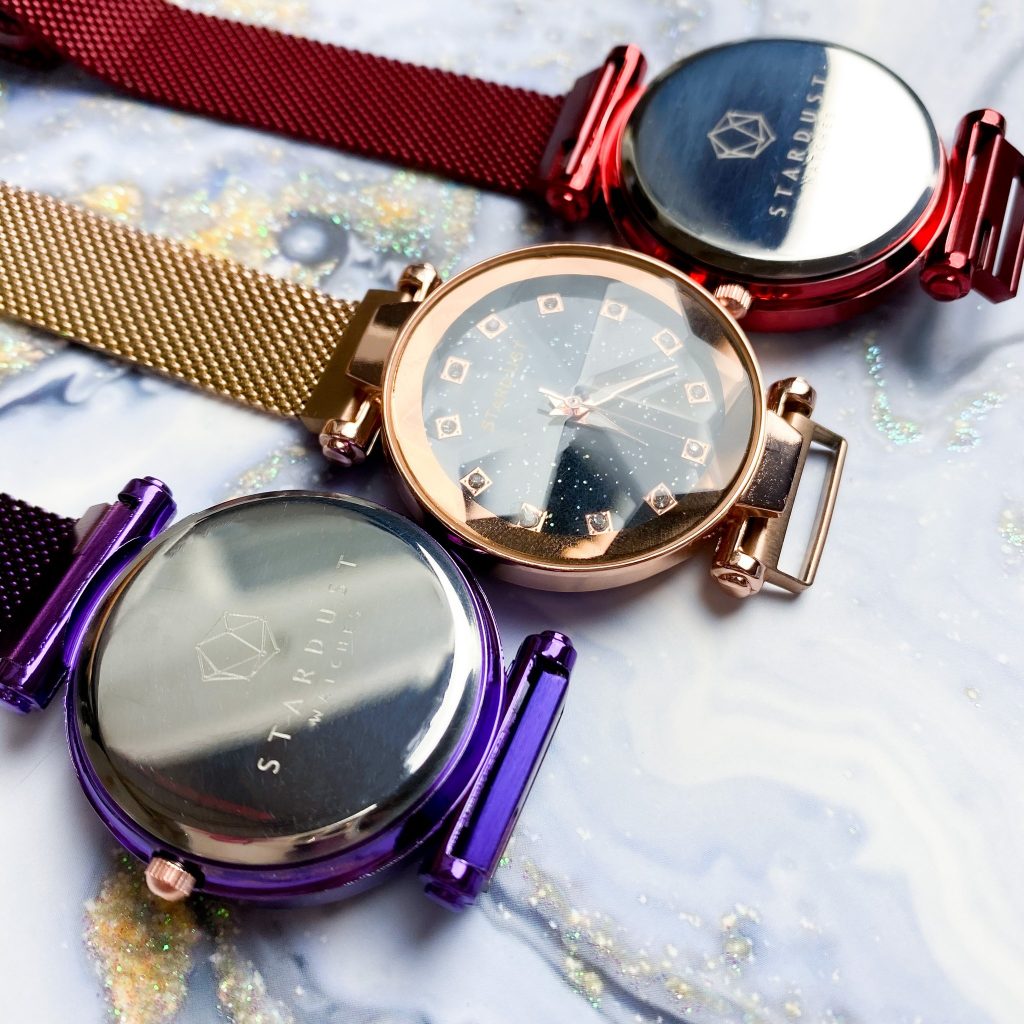 If there is a single reason for Stardust Watches’ online buzz, it’s the image of magnificence and luxury that the watches exude and the company markets quite prominently in its marketing.

This is especially true for the women’s varieties.

Both men and women obviously shop for luxury watches, but the market for women’s luxury timepieces leans especially hard on the idea of form and tying in with the latest trends in haute couture and the fashion scene as a whole.

Stardust Watches have the benefit of being both eye-catching in their own right and immediately recognizable to those who have heard of the brand.

You just cannot miss a Stardust!!

Their shiny bands seem to border on gaudiness without going all the way over, while the watch faces themselves boast the signature sprinkled-with-gems look that gives “Stardust” its name.

There is no denying that this appearance is appealing. While the bands in particular may be a bit gaudy for some, the watches on the whole are relatively understated while still appearing classy.

The use of color contrast in the watch faces helps highlight the elegant dials, numbers, and other features.

All four of these are relatively common colors in watch fashion, especially for women.

Both the casing as well as the metal mesh strap are stainless steel, while the watch makes use of quartz movement to keep time.

The strap itself actually doesn’t have a buckle, but is rather magnetized.

While that may cause some concerns about the strap’s longevity should the magnetization ever be lost, as they are magnetized straps seem to work well.

Stardust watches have unique style, with saturated colours and sprinkled gems. It's a flamboyant style designed to appeal to women who like to stand out and be noticed! 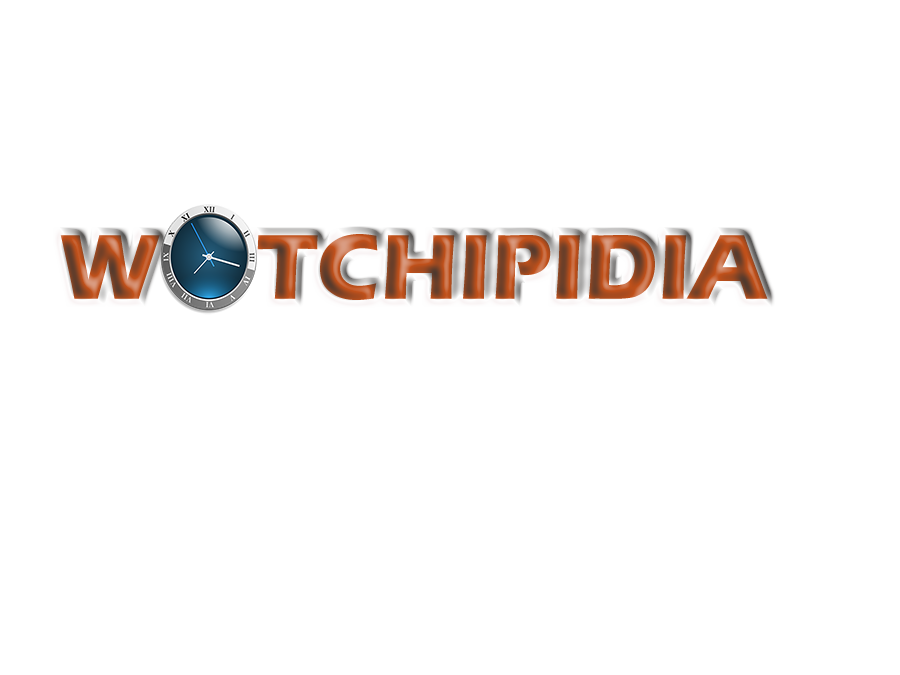 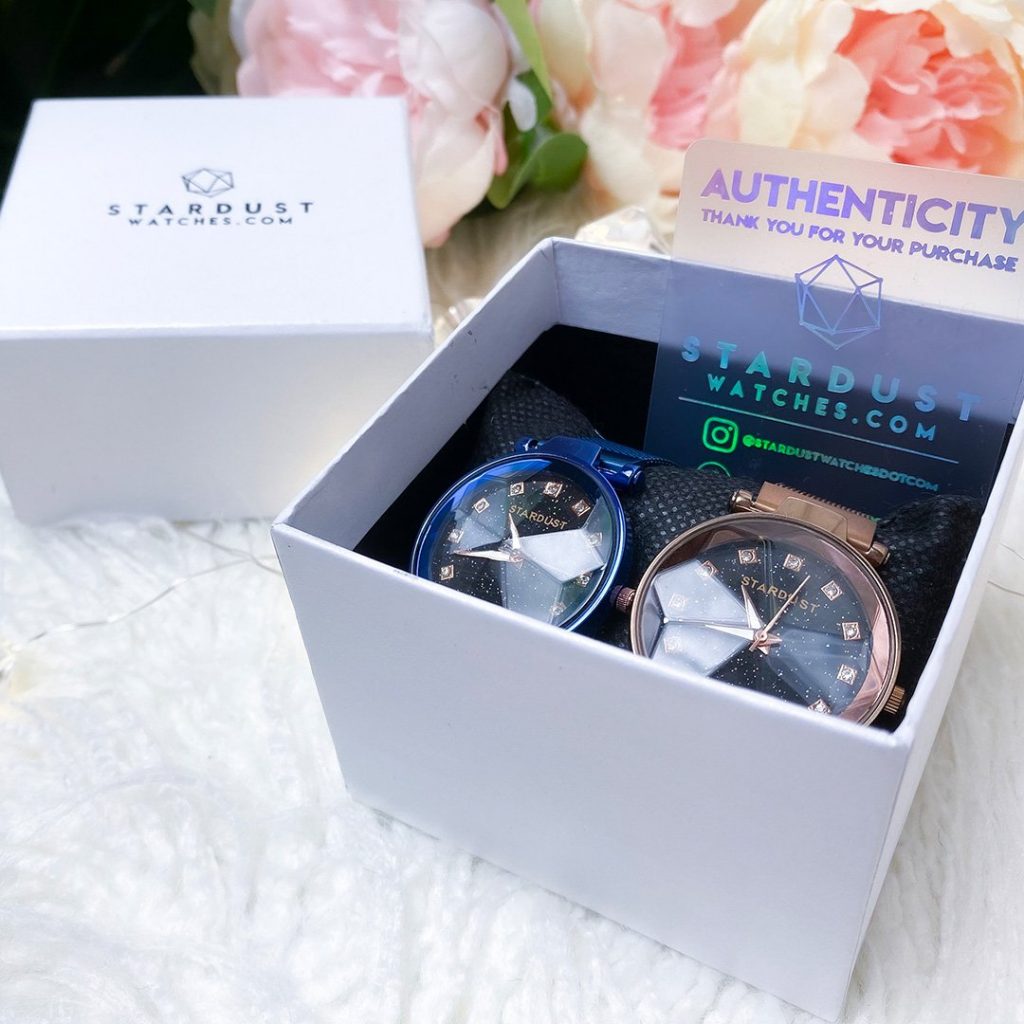 Luxury women’s watches can be incredibly costly, with the best models easily topping four figures and even “mid-range” luxury timepieces setting you back a few hundred dollars.

The incredible pricing along with the aura of luxury has led to an inevitable question – are Stardust Watches actually legit?

When looking at a Stardust Watch it can be hard to shake the feeling that you’re looking at something “too good to be true.”

However, the buzz online about Stardust Watches has largely been positive.

While we live in an era where reviews are sometimes suspect due to how easy it is to purchase and influence them, the sheer volume of good reviews tend to be on Stardust Watches’ side.

For example, an aggregate of over 600 reviews on TrustPilot are mostly positive, giving the watch a 5-star rating overall.

While you always want to take product claims with a grain of salt (or “stardust”), especially when they are online and especially for a young startup, Stardust watches seem to be legitimate, low-priced luxury watches. 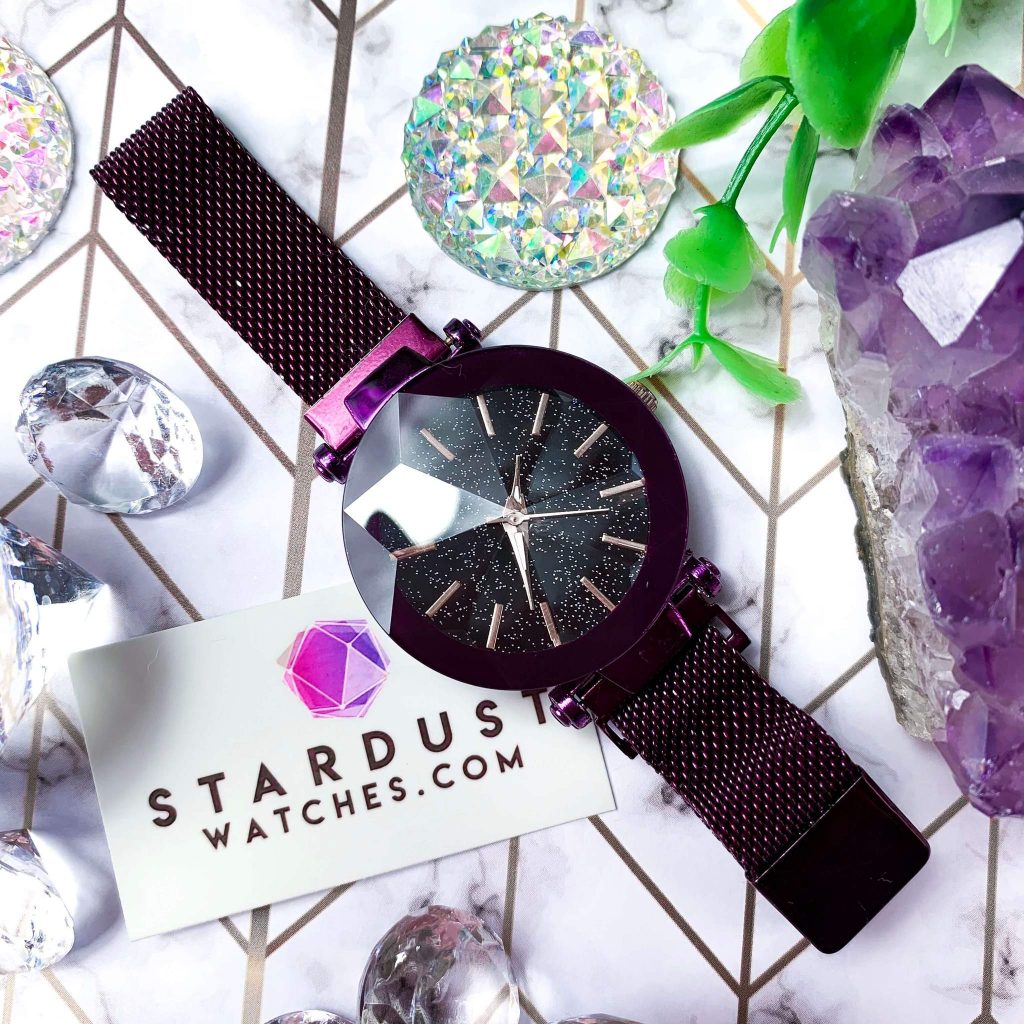 What are they made of?

With a price range of $20-$40 dollars, you shouldn’t expect Stardust watches to be built like a $3000 luxury watch.

Although, the company do not list exactly what their watches are made of.  We think the case glass is low grade acrylic.

High-end luxury watches are made of sapphire glass.

The straps are likely made of polyurethane rubber or silicone rubber, which are much cheaper than stainless steel and leather straps.

They don’t have the advanced timekeeping features or built-in calendar and other features you’ll find with other, far more high-end (albeit more expensive) luxury wristwatches.

Unlike many high-end luxury watches, Stardust watches are not waterproof; so you shouldn’t go showering or swimming with them

However, the company openly says as much on their FAQ page. That kind of transparency about their watches helps boost their credibility and assumption of legitimacy.

Stardust watches are not made to the standards of high-end luxury watches. This is why they cost much less. They are made of cheaper materials and they are not waterproof. 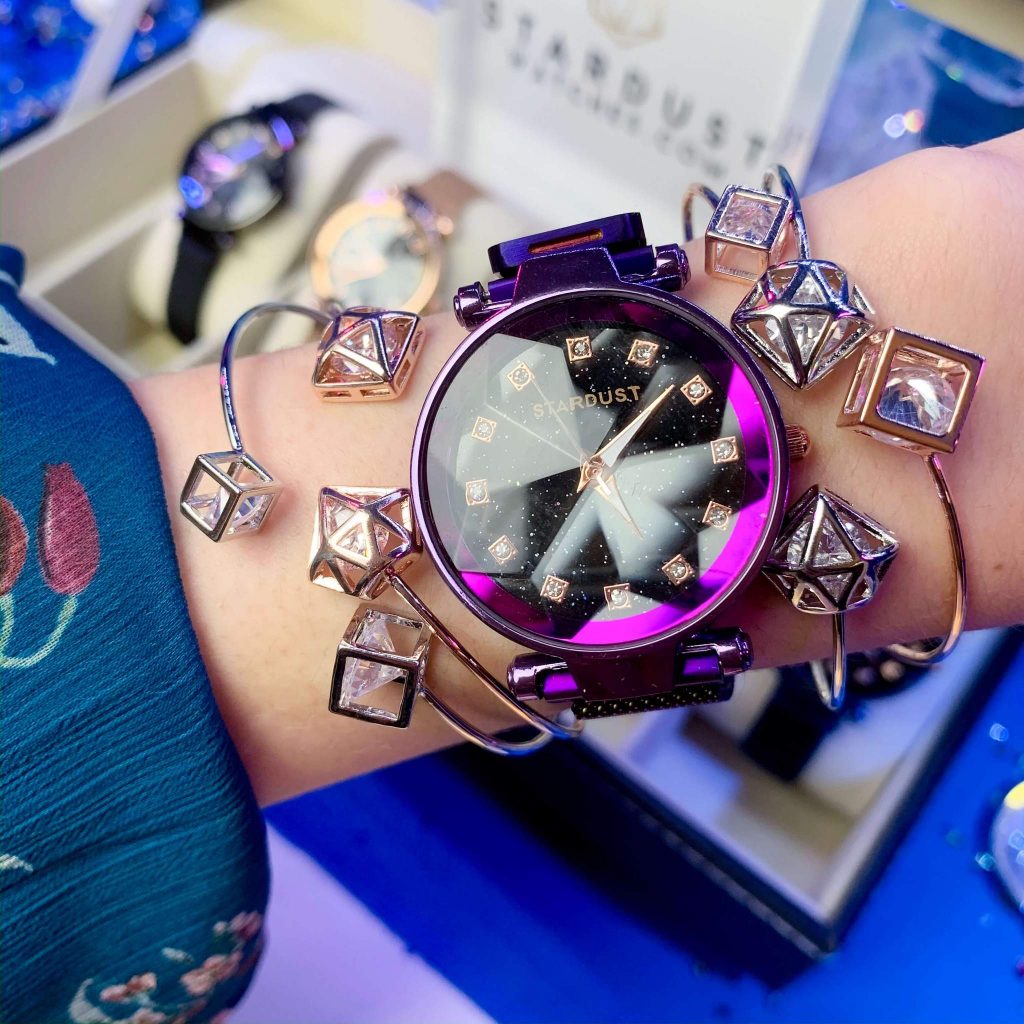 When to Wear and What to Pair with Them

It’s the classic question that faces any wearer of luxury watches – when is the right time to wear your new timepiece.

And what should you accessorise your timekeeping accessory with?

Stardust Watches’ nature as a low-price luxury watch at once complicates this question while also giving you a lot of leeway.

Their low price and occasional gaudiness can make them a bit “too much” for very formal gatherings, such as white tie dinners or official functions.

On the flip side, however, they are still low-key and elegant enough to help you look fashion forward in a variety of casual to low-end formal situations.

They can pair well with haute couture, summer and winter wear, and all manner of fashionable looks year round.

You can wear them to the beach, out on the town, in more casual work settings, and any manner of everyday settings.

While it may not have the pedigree expected of or needed to rank among the true heavyweights among women’s luxury watches, Stardust Watches fill a vital niche for low-key low-cost luxury watches.

Although Stardust watches may be too garish for formal events, they would suit a variety of fashionable and more casual occasions.

Where to buy Stardust watches | UK and US

In the UK, it seems the only place you can buy Stardust watches is on their website.

We could not find it on Amazon or anywhere else.

We suspect its the same in the US as well.

If you like a flamboyant, colourful watch that will turn heads without burning a hole through your wallet – then you will like Stardust watches.

But don’t expect it to be last a lifetime or be a technological wonder – it is cheap for a reason.

Unless you are head over heels with Stardust watches, we think by stretching your budget a little, you can get a great watch without compromising on quality.